“Social engineering is the use of centralized government planning in an attempt to manage social change and regulate the future development and behavior of a society; an act of psychological manipulation of humans associated with the social sciences.” Judith Land 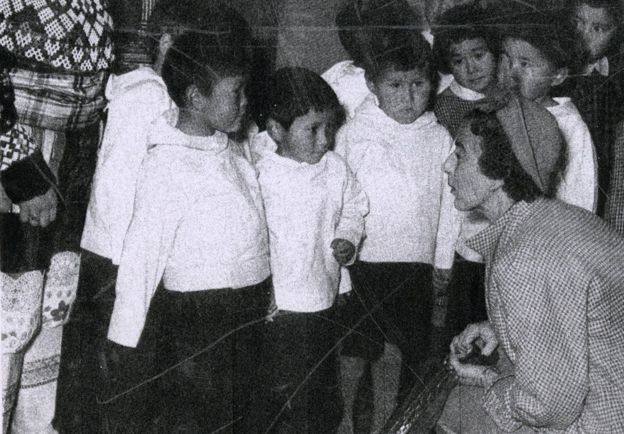 Greenland has been under Danish colonial rule for nearly 300 years. Residents fear that independence would lead to a fall in living standards.

Inuit children were taken from their families in Greenland to be re-educated as model Danish citizens. Danish authorities decided the best way to modernize the island was to create a new type of Greenlander. Many parents were reluctant to give up their children but Denmark had resolved to improve living conditions in its Arctic colony where only a small percentage of the population spoke Danish. More than 60 years later, the children who were taken from their families asked the Danish government to apologize for an experiment that did enormous damage.

The children were initially placed in quarantine because it was the first time children from Greenland had arrived in Denmark. “We cried quietly; we were sad and feared for our safety. We didn’t understand the language. We were divided up and sent to live with foster families. They controlled everything. When we were returned to our families we couldn’t even speak the native language of our parents. In hindsight, we have all felt that this was wrong. We have felt a sense of loss, a lack of a true identity, and self-belief. It was a clear violation of our rights. Even in adulthood, our emotions haven’t gone away.”

Far from serving as a model for cultural change in Greenland, the children ended up as a small, rootless and marginalized group on the periphery of their own society. Several of them became alcoholics and died young. A few became homeless and others just broke down. They lost their identity and they lost their ability to speak their mother tongue and with that, they lost their sense of purpose in life.

The authorities in Greenland requested an apology from the Danish government. The Danish Red Cross formally regretted its role in the experiment. Save the Children agrees that documents detailing the organization’s involvement have disappeared and admits they could have been deliberately destroyed.

Judith Land lives in Colorado and Arizona with husband and coauthor Martin Land. Judith is a former nurse, retail shop owner, college instructor and avid outdoor person. Her book "Adoption Detective: Memoir of an Adopted Child" is a true story detailing the journey of Judith Romano, foster child and adoptee, as she discovers fragments of her background, and then sets out to solve the mystery as an adult. She has reached readers in 192 countries. "Mothers and fathers everywhere in the world need to understand that children are forever and always." --Judith Land
View all posts by Judith Land →
This entry was posted in Adoption, Children, Dear Adoption, Parenting and tagged ADOPTION, Adoption Detective, children, Greenland, Judith Land, Parenting, self-identity. Bookmark the permalink.