Adoption—“The Point of No Return”

“In every life event, including adoption, adoption searches and reunions, there are pivotal events beyond which one’s current course of action is set and beyond which there is no return. Nobody understands this metaphor better than the airplane pilot who must determine the point of continuous action based on fuel consumption to know when a plane is no longer capable of returning to the airfield from which it took off.” —Judith Land 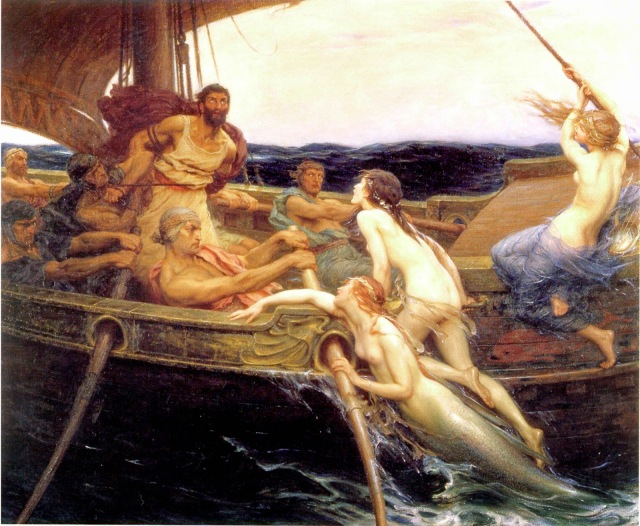 A rope was used as “a commitment device” by Ulysses to tie him to the mast so that he couldn’t be lured in by the song of the Sirens and forced to change his mind after a decision to proceed had been made.

“The die is cast,” Julius Caesar declared in 49 BC before leading his army across the Rubicon River, the northern boundary of the Italian Republic, with the intent of conquering Rome. “Crossing the Rubicon” quickly evolved into a popular metaphor for deliberately proceeding past a “point of no return”. Once the dice have been thrown, all bets are irrevocable, even before the dice have come to rest. “To cross a thin red line” is another phrase used worldwide to mean a figurative point of no return, a limit past which safety can no longer be guaranteed. In 1928 at the end of the Ottoman Empire a red pencil was used to arbitrarily draw a line on a map defining the borders of the divided empire. Similar red lines have been used to contain the provocative actions of North Korea, Bosnia, Crimea, and Syria. “A line in the sand” is a phrase attributed to Colonel William Travis, commander of the Alamo defense forces in Texas at the Battle of the Alamo where turning back was physically impossible, prohibitive, and dangerous; a line where the decision and the resulting consequences are permanently irreversible. “Burning ones bridges, burning ones boats, and breaking the soup kettles” are military tactics that have been used to force armies to fight with their backs against the sea by removing opportunities for retreat. Exceeding the “critical mass” in nature results in catastrophic landslides, avalanches, and broken dams. “Domino effects, butterfly effects, and snowball effects” compound the consequences of an action and increase the collateral effects. An “event horizon” is the point at which the gravitational pull becomes so great as to make escape impossible.

We all know that we can never return to the small-town life we abandoned in our youth—but why do some individuals think every decision has to be final? “Dynamic inconsistency” refers to a situation in which a decision-maker’s inclinations and selections change over time when future preferences may be the opposite of how we feel today about relationships, procrastination, addiction, weight loss, adoption, or saving for retirement. The legendary Greek king of Ithaca Ulysses was so intent on following through with his decision that a rope was used as “a commitment device” to tie him to the mast so that he couldn’t be lured in by the song of the Sirens and forced to change his mind. Legally binding commitments carved in stone that are irrevocable and irreversible based only on how we feel today leave no wiggle room for future changes of heart in response to altered circumstances.

In your mind, what are the most critical “points of no return” facing persons involved in adoptions, adoption searches and reunions? If you are currently faced with a major life decision, and an irrevocable point of no return, how can you be certain that you will feel the same tomorrow, as you do today?

Judith Land lives in Colorado and Arizona with husband and coauthor Martin Land. Judith is a former nurse, retail shop owner, college instructor and avid outdoor person. Her book "Adoption Detective: Memoir of an Adopted Child" is a true story detailing the journey of Judith Romano, foster child and adoptee, as she discovers fragments of her background, and then sets out to solve the mystery as an adult. She has reached readers in 192 countries. "Mothers and fathers everywhere in the world need to understand that children are forever and always." --Judith Land
View all posts by Judith Land →
This entry was posted in Adoption, Parenting, Relationships and tagged ADOPTION, Adoption Detective, Adoption Search, Judith Land, Parenting, point of no return, Rubicon. Bookmark the permalink.