Adoption—Are you an egghead or a potato head?

“When a true self-identity is lacking many wanders and seekers become prone to falling through the trapdoor of despondency.” Judith Land

Why do some adoptees think it is their inalienable human right to know their true identity while others seemingly don’t care? Boiling water softens a potato and hardens an egg. When we find ourselves in hot water, and in danger of being criticized or punished, our “flight or fight” response is triggered. Our reactions to fear either harden or soften our chances of survival. Adoptees who fear confrontation react by withdrawing and escaping into isolation, darkness, and oblivion (flight). They are unwilling to play detective or rock the boat because they are afraid of the consequences. Other adoptees strive for validity, genuineness, truthfulness, and open communication. They are highly motivated to solve the mysteries of their origin and discover their true identity (fight).

An egghead is a professor, virtuoso, whiz, or brainy scholar intellectually gifted in the field of academics.

Eggheads are hardened by the adoption experience. They have an emotional need for a curative and emotional breakthrough reality that will finally make sense of their disrupted life stories. They possess a nostalgic spirit and a wistful sense of homesickness. Awkwardly suspended in a bewildered state of confusion, they restlessly long for an intimate view of days gone by. They seek verity and a genuine sense of legitimacy. They have a natural curiosity about the past and a strong desire to reconnect with missing family members. Separation from their ancestral roots increases their passions and strengthens their desire to reconnect with the lost. Reality doesn’t scare them because they believe in self-determination. They are empowered to fight against injustices and correct previous wrongs. They seek wisdom, honesty, truthfulness, validity, mutual consent, reconciliation, and positive connections; while abhorring deceit and vagueness. They are hardened by the daunting challenges of initiating a quest for self-discovery by rummaging through historical documents, interviewing strangers, cultivating an historical literacy, and the difficult task of building a family tree. They possess an innate psychological drive that motivates them to validate all facts, and reject falsehoods and unsubstantiated legends. They are motivated by an innate sense of destiny and driven by a belief that the most worthy and noble course of action in life is to solve the mysteries of their origin. They want to know why their life’s trajectory has been so radically altered and they willingly fight for what is inherently theirs—a true self-identity. Seeking reality, genuineness, and truthfulness in all things, they are naturally drawn to individuals who seem “intuitively familiar” and they have a sentimental sense of forgiveness toward those who have trespassed against them.

“How precious! Oh and look! She has your nose!” Mr. Potato Head is an American toy consisting of a plastic model of a potato with replaceable ears, eyes, shoes, a hat, a nose, and a mouth.

Potato heads are softened by the adoption experience. Innocence comforts them. Lacking a natural curiosity about their family history, ancestral pedigree, geographic place of origin, and inheritance, they have a callous ambiguous ambivalence to the past and an indifference to their apparent lack of a coherent identity. Their memories and recollections of past events and people are foggy and unfamiliar because they are unenlightened and blind to history. They naively accept without challenge the legends and fabrications that have been told to them. Vagueness, deception, delusions and even crass naiveté don’t annoy or trouble them. They are unconcerned knowing that anonymous strangers unlinked them from their genetic antecedents, native language, and cultural heritage. They fear close examination, scholarly investigation, and public scrutiny. They are apprehensive about the reasons for the radical shift in their life’s trajectory, but they are unwilling to take any actions that may land them in hot water with adopted family members who might interpret their intentions as self-serving. Current circumstances and relationships are what define legitimacy to them. The love, gratitude, compassion, and appreciation they feel for adopted parents, who are perceived as virtuous individuals, trumps any negative feelings they may have of being isolated, anonymous and unheralded. They happily embrace the status quo and their current family relationships by dancing to the words of the song, “If you can’t be with the ones you love, love the ones you’re with.”

Which kind of adoptee are you—a softened potato head or a hardboiled egghead? 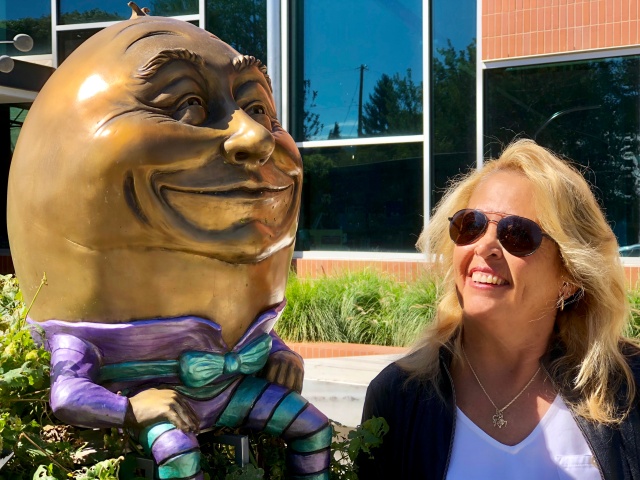 Judith Land lives in Colorado and Arizona with husband and coauthor Martin Land. Judith is a former nurse, retail shop owner, college instructor and avid outdoor person. Her book "Adoption Detective: Memoir of an Adopted Child" is a true story detailing the journey of Judith Romano, foster child and adoptee, as she discovers fragments of her background, and then sets out to solve the mystery as an adult. She has reached readers in 192 countries. "Mothers and fathers everywhere in the world need to understand that children are forever and always." --Judith Land
View all posts by Judith Land →
This entry was posted in Adoption, Children, Life, Parenting and tagged ADOPTION, Adoption Detective, Adoption Search, Egghead, Judith Land, Potatohead. Bookmark the permalink.

33 Responses to Adoption—Are you an egghead or a potato head?