“The legend of the twin boys adopted by a wolf” 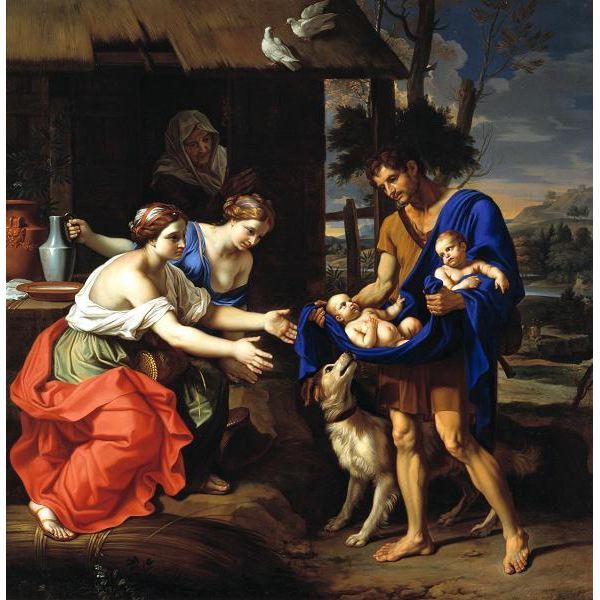 Romulus and Remus were preeminent among the feral children of ancient times and central characters of Rome’s foundation myth. Roman historians dated the twins’ birth year as 771 BC and Romulus was made the direct ancestor of Rome’s first Imperial dynasty. Historical bases for the broad mythological narrative remain unclear and disputed.

A boy who loved adventure said recently, “Most adoption stories are boring. If I was an author, I would write a book about a child who becomes lost in the forest and is adopted by wolves—that would be an exciting tale.” So I told him the legendary story of Romulus and Remus, the twin boys who built the magnificent Italian City of Rome.

Many years ago in Alba Longa, Italy, there were two brothers named Numitor and Amulius who quarreled constantly because they both wanted to be king. They bullied each other and fought ruthlessly for control of the crown. Eventually, Amulius got the upper hand and seizes the throne from his father. Amulius was a terrible man despised by ordinary people because he treated everyone in his kingdom poorly. He kills all of his brother Numitor’s children, except his beautiful daughter Rhea. Amulius forces Rhea to become a Vestal Virgin, and commands her to never marry, but contrary to his orders, she was impregnated by the god Mars. Amulius is furious. He sends Rhea to prison and orders her twin babies to be killed.

The boys are placed in a basket and thrown into the Tiber River to drown. The river is swollen by storms and the basket floats downstream on the swiftly moving current where it becomes snagged in the branch of a fig tree at the base of Palatine Hill in the Velabrum swamp. A wolf hears the boys crying and saves the twins by dragging the basket onto dry land. The boys are cold and hungry and they snuggle up to the mother wolf because she is warm and furry. The wolf treats the boys as her own puppies; she protects them, keeps them warm and allows them to nurse. A woodpecker sitting in the tree above them brings the boys food and makes noises to let them know when strangers are approaching. A kindly shepherd and his wife discover the twins and decide to raise them as foster children. They name the boys Romulus and Remus. They grow up to be strong and healthy and help their foster father tend the sheep but when wicked King Amulius and his soldiers attempt to steal the sheep Romulus is protecting he fights with them and he kills the king.

The boy’s mother Rhea becomes queen and when she discovered her twin boys were still alive, she was very excited to be reunited with them. The twins went to live with their mother, but when they grew into manhood, the boys left Alba Longa to build their own city. Romulus began to dig trenches and build walls around Palatine Hill above the spot where the wolf rescued the boys but when his brother Remus jumps over one of his walls he is hit on the head with a rock and dies. Romulus continued building and named his city Roma after himself. As the popularity of Rome grew, so did the population. The story of Romulus and Remus was an important story for the ancient Romans because they loved myths and legends. Romulus was claimed to have ascended into the heavens to become a god by several eyewitnesses. The legend of the twin boys raised by a wolf continued to grow in popularity and was retold to Italian children for many centuries until it became memorialized in a bronze statue. Scholars have debated for many years the elements of the story that may have been true and those that are fiction.

Judith Land lives in Colorado and Arizona with husband and coauthor Martin Land. Judith is a former nurse, retail shop owner, college instructor and avid outdoor person. Her book "Adoption Detective: Memoir of an Adopted Child" is a true story detailing the journey of Judith Romano, foster child and adoptee, as she discovers fragments of her background, and then sets out to solve the mystery as an adult. She has reached readers in 192 countries. "Mothers and fathers everywhere in the world need to understand that children are forever and always." --Judith Land
View all posts by Judith Land →
This entry was posted in Adoption, Children, Life, Parenting and tagged ADOPTION, Adoption Detective, adoption story, children, Judith Land, Judith Land Blog, Parenting. Bookmark the permalink.