“You don’t have to be a child to be a victim of Santa Claus syndrome. Anyone who has ever been intentionally lied to is aware of the hurtful feelings of deceit. Santa Claus syndrome is the intentional deception of others with the rationalized ideal that lying, tarradiddles, falsehoods, untruths, fairy tales and perjury are acceptable behavior.” —Judith Land 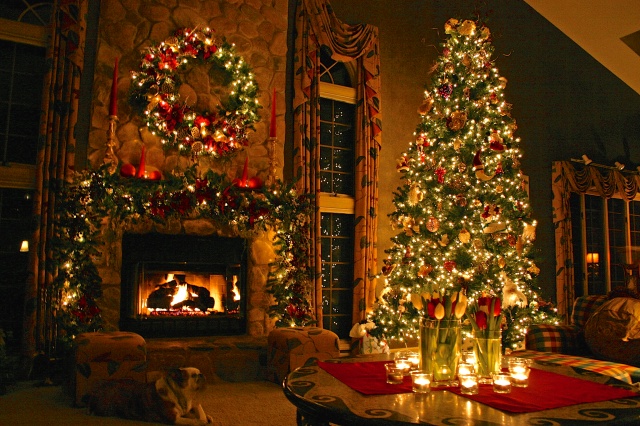 There are things in this life that we must come to terms with at some point in our lives. Some childhood awakenings are quite simple, while others are troubling and overtly traumatic.

The threat of being judged and intentionally exiled from family has a strong effect on the human soul and the fragile psyche and the spirit of an adoptee. “Santa Claus only brings presents to good little boys and girls. If your behavior doesn’t improve, we’ll send you back where you came from.” I know these feelings from firsthand experience. I had never had an honest or open conversation with my adoptive mother Rosella about my birth parents because any mention of them aroused jealousy and suspicion. Even in adulthood, she possessively clung to me as her only child and was unwilling to share me with others or compete for my attention. She was opinionated, intolerant of mothers who abandoned their children, and strongly opposed to adoption reunions. The fear of imminent death by cancer eventually motivated her to unburden her most cumbersome secrets before she died. I was startled when she unexpectedly breached the topic of adoption. “As an adoptee, there are some unique things you are entitled to know. Some organizations provide false identities to adoptees to prevent them from locating their biological parents. Sealed adoption records protect birth parents wishing to live a secret lifestyle, unwilling to have their lives disrupted by unwanted children they previously rejected. At the time when you were born, fake baptismal and birth certificates were routinely issued to deceive adoptees by some organizations,” she calmly divulged while quietly sipping her tea. “Public policy may seem cold and uncivilized to you, but that was the law. Your baptism certificate states that you were baptized at Holy Angels Catholic Church, but that is simply not true. The document is a fake. You should write to Saint Lawrence Catholic Church to request a copy of your original baptismal certificate,” she suggested matter-of-factly.

I was shocked. It had never occurred to me that anyone would create false documents to protect birth parents from their own children. Hearing this information was an emotional low. When I was a child, adults had bamboozled me into believing that Santa Claus existed—and I had believed them. My reaction was the same now as it had been then. Childish stories about Santa Claus, the Tooth Fairy, the Easter Bunny, and a dozen other fairy tale characters living in pumpkins and tree houses in Never Land seemed harmless at the time, but these stories offered conclusive proof that adults lied to children to intentionally deceive them. I had been deliberately given false birth and baptismal certificates to prevent me from discovering my true self-identity—the names of my parents, my medical and cultural history and the exact location where I was born. The actions of the authorities were premeditated, deliberate, calculated and cold-blooded. My adoption was part of a formal conspiracy to appease birth parents living in the fear of coming face-to-face with their own children. The legal practice of falsifying birth and baptismal certificates was a tidy and convenient solution for everyone except the poor, helpless, abandoned child.

I went straight to my safety deposit box to retrieve my baptismal certificate. I immediately recognized that something was glaringly wrong. My mother was right. The information was incorrect. The document was a forgery because it had been falsely issued a year before I was adopted and fourteen months before my name was legally changed to the surname of my adopted parents. Exposure of the fraud that had been perpetrated on me provided a new challenge, sparked my curiosity, and reignited my enthusiasm for continuing my adoption quest. I tried to appear outwardly calm because it was easier to rationalize my thoughts and behavior from a secular, detached perspective than the inner spiritual, existential, and emotional base from which my innermost thoughts derived. It was difficult to constrain my fears as I wondered if the early part of my life was a dark place with evil people that I shouldn’t go. Was I naively engaging in an activity that I shouldn’t be doing? Was I unwisely about to uncover something tragic, misfortunate, and undisturbed? Would my actions generate complications and unforeseen problems? Perhaps, I would be safer and happier—if I returned to Never Land and continued my perpetual childhood belief in Santa Claus along with everyone else in the world who was ever lied to about something they were steered into with immense emotional attachment.

Judith Land lives in Colorado and Arizona with husband and coauthor Martin Land. Judith is a former nurse, retail shop owner, college instructor and avid outdoor person. Her book "Adoption Detective: Memoir of an Adopted Child" is a true story detailing the journey of Judith Romano, foster child and adoptee, as she discovers fragments of her background, and then sets out to solve the mystery as an adult. "Mothers and fathers everywhere in the world need to understand that children are forever and always." --Judith Land
View all posts by Judith Land →
This entry was posted in Adoption, Children, Parenting, Relationships and tagged ADOPTION, Adoption Detective, birth certificate, deception, Judith Land, Santa Claus syndrome, self-identity. Bookmark the permalink.