Adoption—what’s in it for the social worker? 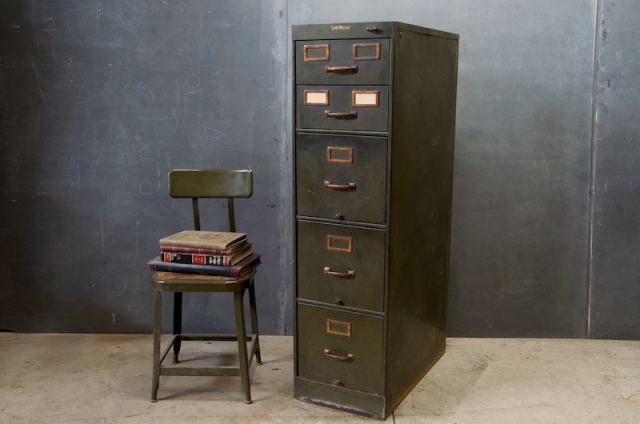 The vintage file cabinet behind the social worker’s desk was filled with secrets, concealed documents, lies and cover-ups that contained the names, addresses and social security numbers of hundreds of adoptees and their birth parents, grandparents, siblings and biological family members. I wondered how many adoptees from closed adoptions around the world would like to see their records? It amazed me that a stranger knew everything about me. She had complete control over my files—documents to which I was denied legal access.

True story…when I was thirty years old I discovered the name of the social worker who handled my adoption. I telephoned her office and requested a meeting. The building was drab without windows, photographs, flowers or ornamentation of any kind. She was a spinster at the end of her career. Her hair exactly matched the color of her faded gray suit. She ordered me to sit on a cold metal chair beside her desk. Reminding me of a boxer attempting to intimidate the opponent before a fight, she glared at me with a furrowed brow from behind her antique desk. She slowly and deliberately opened the top drawer of a vintage metal file cabinet and removed a manila folder. Ms. Schweinhaus tightly clutched the folder with both hands that contained the names, addresses, nationality, occupations and social security numbers of my birth mother and father and grandparents. “I remember you because you were the first child I placed for adoption. Your case was the most complicated of my thirty-year career—but this information is private. I can’t share any of it with you.” Miss Schweinhaus had determined my fate thirty-one years ago, and she was still controlling my destiny. She was holding my adoption files in her wrinkled hands with crooked fingers right in front of my face. They were my files, more important to me than anyone else in the world, yet she steadfastly refused to share the information with me. Wild thoughts rushed through my head. I weighed the advantages of going postal and forcing her to give me what was inherently mine. What if I jumped out of my chair grabbed the manila folder out of her bony hands and ran out the door? Who would stop me? What crime would I be committing? Why should a social worker be allowed to know the names of my birth parents, when I couldn’t?

Impulsively, I wrestled Ms. Schweinhaus to the floor while desperately trying to gain control of the manila folder. Inadvertently, I woke my husband by kicking him firmly in the back. I was having a nightmare. I had slept fitfully that night after being terribly disappointed and emotionally distraught following my meeting with Ms. Schweinhaus. I awoke with a clearer vision about what it really meant to be banished forever from my true heritage, self-identity and God-given birthrights. Secrecy laws for children from closed adoptions were designed to isolate and pound children into submission and prevent adoptees from ever coming home again. Secrecy laws denied them the simplest of rights, their true self-identity, inheritance and the names of their own birth parents. American society was Orwellian. I was being told how to think and act and stop asking questions. My views as an individual meant nothing to others. My words and thoughts had no value and carried no weight in a court of law. I arrived at a simple conclusion—it was humans who signed my adoption papers, not God. If I followed His will, perhaps He would help me.

Until that day, I had never understood the significance and powers of attorneys entrusted to social workers to make monumental life-altering decisions governing the lives of adopted children and their families. The social worker that handled my case had made it perfectly clear to me that she was adamantly opposed to open adoptions, adoption searches and adoption reunions. She never smiled and had offered me no empathy, sympathy, condolences, remedies, or hope for the future.

Once again, I was acutely reminded of the painful effects of the primal wound, and the lifelong psychological harm done to infants when bonding opportunities with their birth mothers were denied, because they were the same adverse symptoms I had displayed as a child. I had sorely and existentially missed the opportunity to bond with my birth mother, and I was still projecting the same sorrowful maternal deprivation yearnings, as one of Harry Harlow’s hapless rhesus monkeys desperately clinging to a rag doll in one of his psychological laboratory science experiments. Nobody really cared about me as long as I obeyed the law. The social worker and the legal system were never going to help me. If I really wanted to discover my roots—it was up to me and me alone.

Judith Land lives in Colorado and Arizona with husband and coauthor Martin Land. Judith is a former nurse, retail shop owner, college instructor and avid outdoor person. Her book "Adoption Detective: Memoir of an Adopted Child" is a true story detailing the journey of Judith Romano, foster child and adoptee, as she discovers fragments of her background, and then sets out to solve the mystery as an adult. She has reached readers in 192 countries. "Mothers and fathers everywhere in the world need to understand that children are forever and always." --Judith Land
View all posts by Judith Land →
This entry was posted in Adoption, Life, Parenting and tagged ADOPTION, Adoption Detective, children, Harry Harlow, Judith Land, life, Parenting, primal wound. Bookmark the permalink.

21 Responses to Adoption—what’s in it for the social worker?